In this project I use a Particle Photon to build a mock garage system that can be controlled by a web app and a mobile app. Any input or output on either the garage, web app, or mobile app is synchronized across all three platforms due to the use of Publish/Subscribe techniques.

Below is a picture of of the mock garage system.

Below is another picture of the mock garage system while the garage “door” is opening.

Using HTML, CSS, and JavaScript, I built a simple web app to view the current state of the garage system and to control the system. I also added features not available on the hardware side, such as a toggle-able garage door auto-close function, an garage light auto-off function, and the ability to change the brightness of the garage light. I used Publish/Subscribe techniques to make it so that the web app will always be synchronized with microprocessor garage system.

I have included a few screenshots of the web app below.

The screenshot above shows Login Page, whose only purpose is to make sure that the web app has established a connection to the Particle Photon microprocessor. If the web app has not established a proper connection to the microprocessor, then the “Log In” button will be greyed out. Clicking on the “Log In” button will navigate the user to the Control Panel Page.

The screenshot above shows the Control Panel Page.

The screenshot above shows the Control Panel Page after clicking on the “Toggle Door” button.

The screenshot above shows the Advanced Features Page. Here the user can tinker with additional features, such as auto-closing the garage door after a specified period of time, automatically turning off the garage light after a specified period of time, and setting the maximum garage light brightness. All of these features are compatible with standard garage systems as the logic is built into the microprocessor, not the garage itself.

The web app conveniently allows users to access all primary garage functions, as well as more advanced garage functions, from any web browser. I built the web app to be responsive, so all pages and functions display nicely on both desktop and mobile browsers.

To further improve on user experience, I decided to build a mobile app to complement the existing web app. Adobe PhoneGap offers an easy way to transform any responsive web app into a mobile app with minimal extra coding. However, the resulting mobile app is noticeably slower compared to native mobile apps, and lacks the look and feel of the native OS. Aside from actually building the mobile app in native code (which offers the best performance), there are many other options for building mobile apps; for instance, Microsoft’s Xamarin, Facebook’s React Native, or Google’s Flutter.io.

The option I chose was Ionic, which uses AngularJS to build mobile apps. As I had already built a web app, I thought I could reuse some of the code from the web app and have an easier time building the mobile app. Turns out I wasn’t able to reuse any of the code, and I had to build both the UI and the app logic for the Ionic mobile app ground up. I ended up spending a lot of time figuring out how to use the Particle API in AngularJS because although there is documentation on how to use it in plain JavaScript, I couldn’t find any documentation on how to use it in AngularJS and Ionic’s project structure. Despite all this, in the end I was able to build a mobile app I was quite happy with.

I have included a few screenshots of the mobile app below. 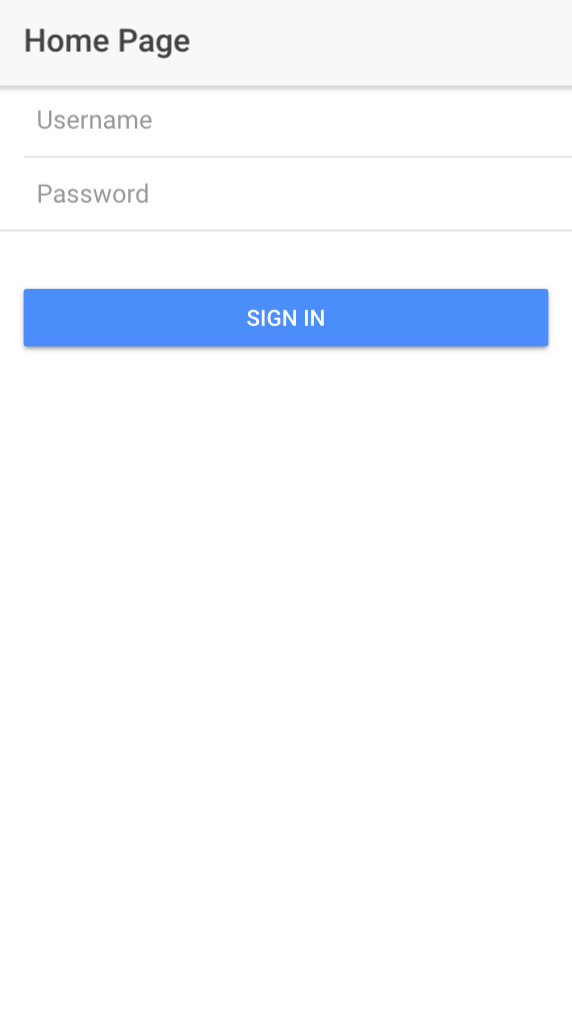 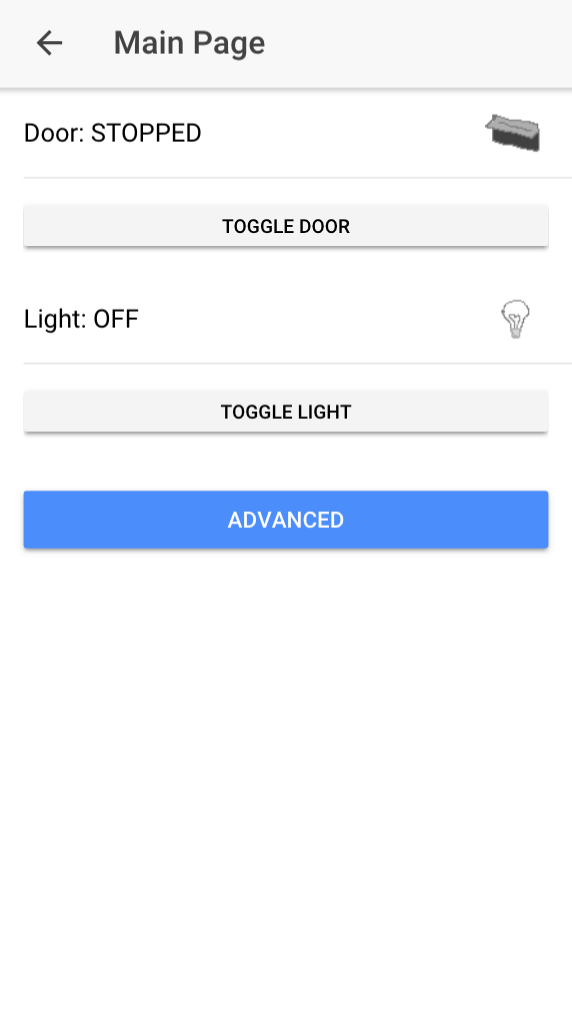 The screenshot above shows the Control Panel Page, which includes the same features from the same page in the web app. 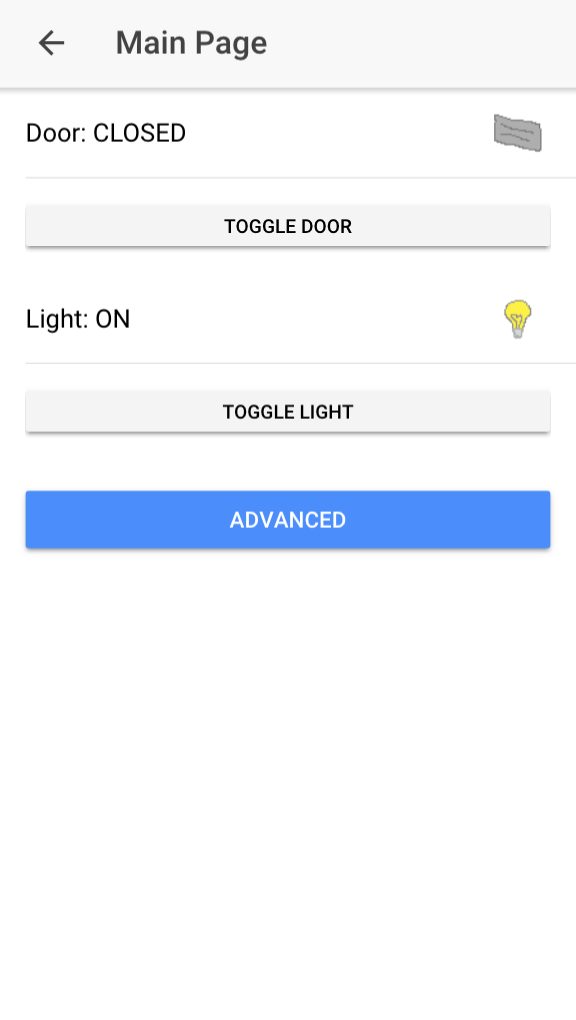 The screenshot above shows the Control Panel Page after the garage door has just been closed. The light is still on because not enough time has elapsed for the garage light auto-off timer to trigger. 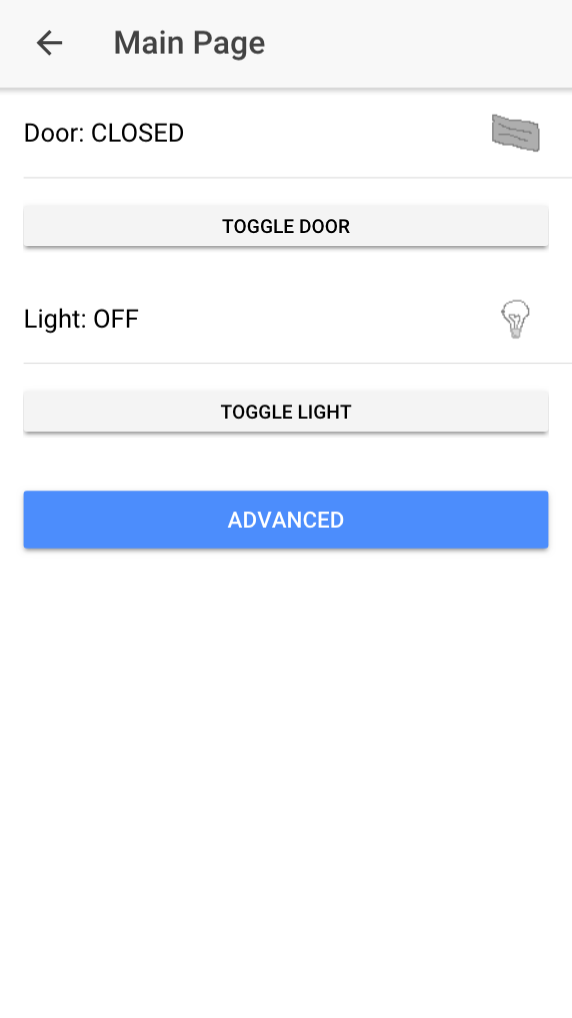 The screenshot above shows the Advanced Features Page, which includes the same features from the same page in the web app. 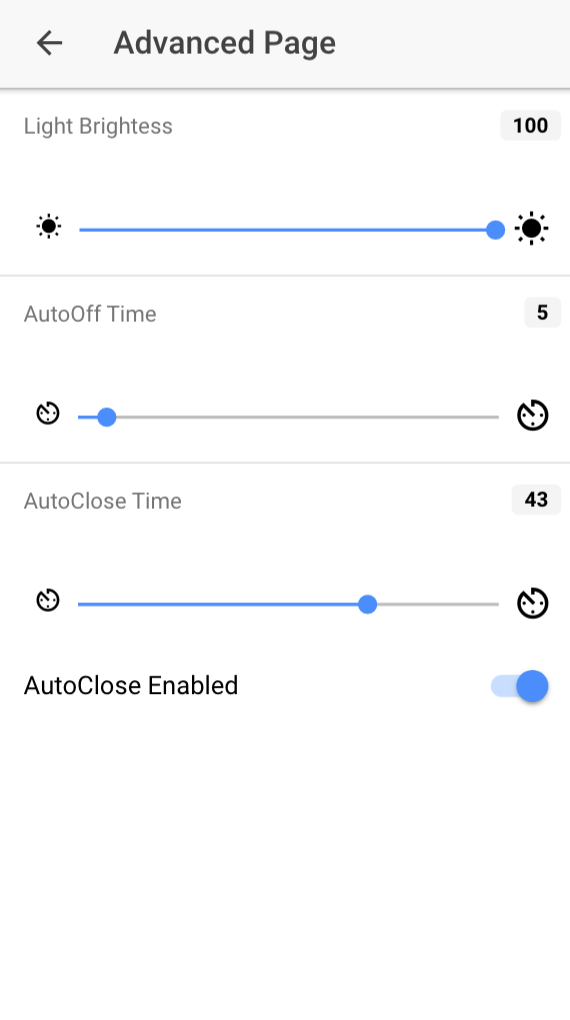 The screenshot above shows the Advanced Features Page, where the garage door auto-close time has been set to 43 seconds. This means that, if AutoClose Enabled is toggled to true, then whenever the garage door is stopped midway or opened fully, then 43 seconds later the microprocessor will start the closing process for the garage door.